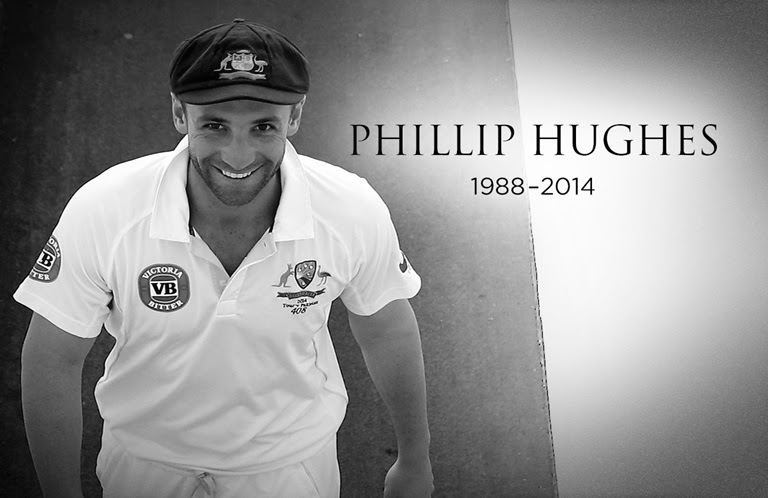 The cricket community worldwide is in mourning today following the death of Phillip Joel Hughes, aged 25.

Cricket Australia announced the news with a statement from team doctor Peter Brukner.

"It is my sad duty to inform you that a short time ago Phillip Hughes passed away," Dr Brukner's statement read. "He never regained consciousness following his injury on Tuesday.

"He was not in pain before he passed and was surrounded by his family and close friends."

Australia captain Michael Clarke, who was commended for his efforts in supporting the Hughes family since Tuesday's incident, read out a brief statement on behalf of parents Greg and Virginia and siblings Jason and Megan Hughes.

"We're devastated by loss of our much-loved son and brother Phillip," Clarke read.

"It's been very a difficult few days and we appreciate all the support we have received from family, friends, players, Cricket Australia and the general public.

"Cricket was Phillip's life and we as family share that love of game with him.

"We would like to thank all medical and nursing staff at St Vincent's Hospital and Cricket NSW medical staff for their great efforts with Phillip.

Clarke bowed his head momentarily to compose himself before exiting.

Hughes was struck on the head while batting for South Australia during a Sheffield Shield game at the SCG on Tuesday, and underwent emergency surgery shortly after being rushed to St Vincent's Hospital in Sydney.

He had since been in an induced coma in the hospital’s intensive care unit.

Australia captain Michael Clarke, a long-time teammate and friend, was among the many from within Australian cricket to visit Hughes and his family at the hospital, offering support and well wishes.

The Australian team was due to assemble in Brisbane this weekend for next Thursday's first Test against India. Instead players from around the country flew into Sydney as the cricket family drew strength from the company of one another.

Hughes, who hailed from Macksville on the New South Wales mid north coast, was struck by a ball below the helmet while attempting to play a hook shot to a short-pitched delivery at 2.23pm Tuesday, the opening day of his team's match against NSW.

He was 63 not out at the time and pushing his case for a recall to the Australian Test team.
Posted by Echo at 9:57 PM 1 comment:

The story is set in the Valley of Peace, a fictional land in ancient China inhabited by anthropomorphic animals. Po, a giant panda, is a kung fu fanatic who idolizes the Furious Five—Tigress, Monkey, Mantis, Viper, and Crane—a quintet of kung fu masters trained by the red panda Shifu. As he helps his goose father Mr. Ping in his noodle restaurant, Po is unable to achieve his dream of becoming a kung fu master himself. 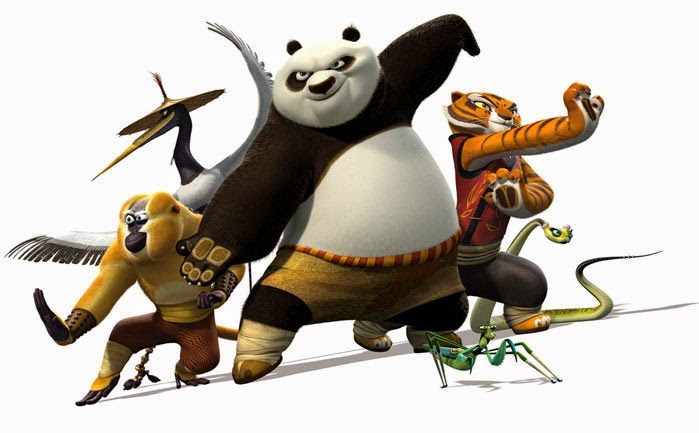 Oogway, an old tortoise and Shifu's mentor, has a vision that Shifu's former student, the evil snow leopard Tai Lung, will escape from prison and return to the Valley of Peace to take revenge for being denied the Dragon Scroll, which is said to hold the secret to limitless power. Shifu is alarmed and sends his messenger, the goose Zeng, to prevent Tai Lung's escape. He then holds a kung fu tournament for the Furious Five so that Oogway may identify the Dragon Warrior, the one kung fu master worthy of receiving the Dragon Scroll and capable of defeating Tai Lung. Forced to take a cumbersome noodle cart to the tournament, Po arrives as the arena doors close and is unable to enter. Desperate to see the Dragon Warrior chosen, Po straps himself to a set of fireworks, rockets into the sky, and crashes into the middle of the arena in front of Oogway's pointing finger. To everyone's surprise, Oogway proclaims Po as the Dragon Warrior, much to the Furious Five's dismay.

Believing Oogway's decision to be an accident, Shifu tries to get rid of Po by ridiculing him into quitting kung fu training. The Furious Five similarly despise and mock Po as an upstart with no skill in kung fu. After receiving encouragement from Oogway, however, Po endures his gruelling training and slowly begins to befriend the Five with his tenacity, culinary skill, and good humor. Meanwhile, Tai Lung escapes from prison as foreseen by Oogway, ironically picking his locks with one of Zeng's feathers. Shifu learns of Tai Lung's escape and informs Oogway, who extracts a promise from Shifu to believe in Po and then ascends to the sky in a cloud of peach blossoms. Still unable to grasp the basics of kung fu, Po despairingly admits that he has no chance of defeating Tai Lung. Shifu, however, discovers that Po is capable of impressive physical feats when motivated by food. Using food as positive reinforcement, Shifu successfully trains Po to incorporate these feats into an effective kung fu style.

At the same time, the Furious Five set out to stop Tai Lung themselves, only to be overwhelmed and defeated by Tai Lung's nerve strikes. Shifu decides that Po is ready to receive the Dragon Scroll, but the scroll reveals nothing but a blank, reflective surface. Believing the scroll to be useless, Shifu orders Po and the Five to evacuate the valley. As Tai Lung arrives and fights Shifu, the distraught Po finds his father who, in an attempt to console him, reveals that the long-withheld secret ingredient to his famous "secret ingredient soup" is nothing, explaining that things become special if they are believed to be. Po realizes that this concept is the entire point of the Dragon Scroll, and goes back to confront Tai Lung before the leopard is able to kill Shifu.

Po becomes a formidable challenge for Tai Lung as he tries to protect the Dragon Scroll, using his unorthodox fighting style to confuse his opponent and his body fat to block his nerve strikes. Tai Lung momentarily bests Po and retrieves the scroll, but is unable to understand or accept its symbolic meaning. Po ultimately defeats him using the mysterious Wuxi Finger Hold. Po is praised by the Valley of Peace and earns the respect of all the Furious Five, who fully acknowledge him as a true kung fu master. Po then finds Shifu, who finally attains inner peace with the valley safe once more.
Posted by news updater at 8:56 PM 1 comment: